Ever wonder how to eat buffalo wings without making a huge mess? Well, there’s more than one way and I doubt I’ve seen them all. The stripper, the gripper, the ripper, and don’t you dare forget the dipper. It’s as much a fine art as it is a caveman free for all. While I don’t judge anyone for the way they eat their wings, I do hold myself to a higher standard than most. Proudly I sit in front of a brood of buffalo wings, and snicker as my friends ask for more napkins. I’m here to break it down for you, the way I eat buffalo wings and the way that you can too, so you can stay clean and enjoy your wing-eating experience.

First, we have to set the stage. There are two types of wings you’ll encounter. Drumsticks and Wings.

Both require different techniques for clean eating. Drumsticks get preference because they have more meat, and the large white meat drumsticks with one bone are easier to eat. Wings are the flat dark meat pieces that some view as the inferior wing type that have two bones and are harder to eat. Both possess specific challenges in the face of cleanliness, but with the proper know-how, and a steady pace, even YOU can keep yourself clean.

If the restaurant has whole wings - wings that connect the drumstick, the wing, and the tip. You might have to get a little messy and use your off hand to break them apart. Or you can be ravenous and bite at the joints to separate the wing.

Regardless of the type of wing you’re eating. Your main focus should be using only one hand for touching wings. This enables you to grab your drink, napkin, phone, a fork, or pat your slobbery friend on the back for a job well done. Using just the finger tips, I try to use my thumb, pointer, and middle fingers exclusively.

Drumsticks are much easier than the flat wings. Grab the wing toward the bottom of the wing, with the large meaty part pointing away from your hand. Take a large bite from the meaty part closest to you and then each following bite from the unscavenged meat around the bone. After you eat all the meat from the top part of the drumstick, set the drumstick down. By many standards, you’ve finished eating your drumstick.

For those in the clean plate club:

As a member of the clean plate club, you may be scared about how to attack all the meat that is left on the wings. If this is you, grab the wing by the top of the drumstick and place your mouth around the base of the wing. Use your teeth as a scraper and take the remaining meat and skin from the bottom of the wing. You can do the same with the top of the wing after you’ve finished the bottom or vis-versa. My personal motto, no meat left behind. 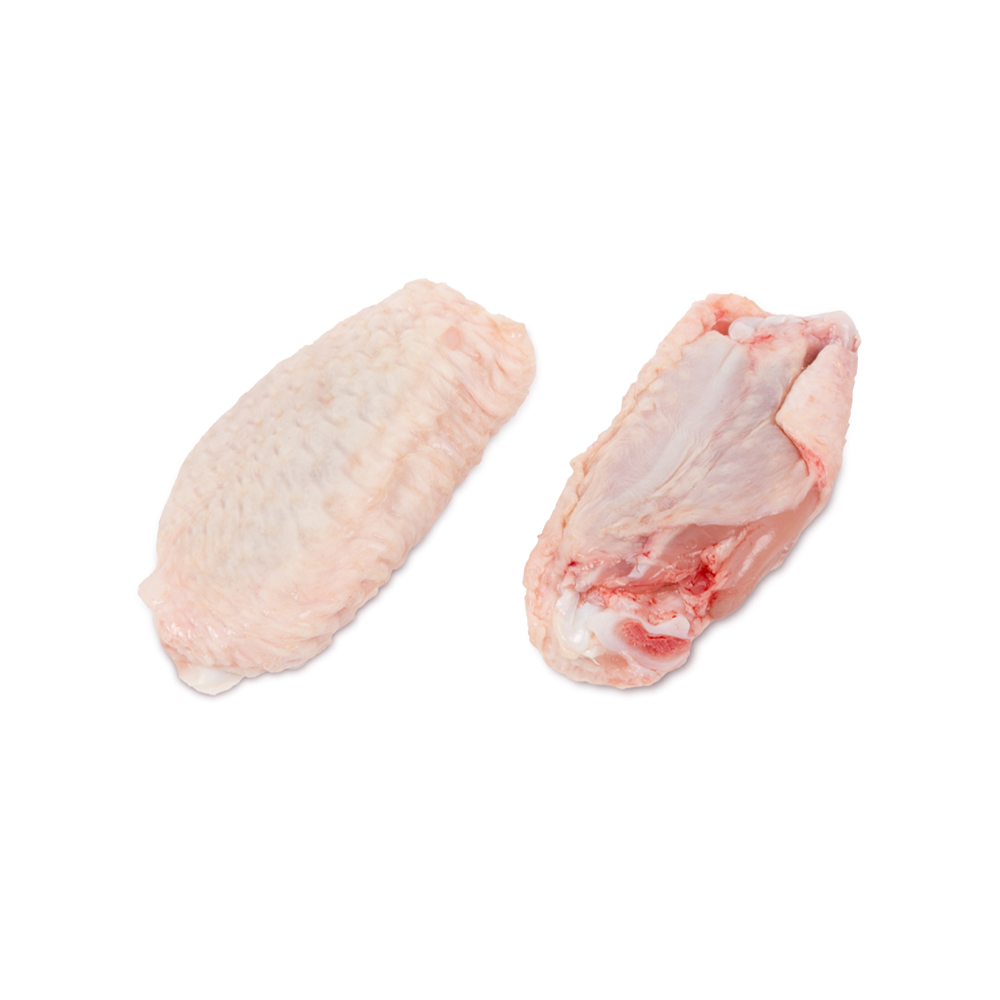 Wings are the redheaded stepsister of the wing world if you don’t know what you’re doing. If this is you, let me assure you, there’s a wide world of meatiness out there that you are missing out on. The messiness that comes from these kinds of wings is the stuff of legend.

To eat these, use your wing hand and grab on tight, a strong grip is essential to chompin on flatties. Pick a side (any side) it doesn’t matter which side you grab. Take the end pointing away from you and put as much of it in your mouth as you can. Bite down hard, and strip the meat from the bone into your mouth while pulling the wing out of your mouth. If you got it all in one bite, yipee!!! Sometimes, you’ll need to set the wing down, flip it around and do the same to the other side to get the rest of the meat off.

For those in the clean plate club:

You’re going to see a little bit of meat around the edges and stuck to the wing. Have no fear, because everything left on the wing is still edible! Bite the cartilage off the end of the wing on either side. You’ll put one of the bones between your teeth, bite down, and use your clenched jaw and wing hand to pull the bones apart. After that, choose a side, and strip the remaining meat off using your teeth.

TIP: Sometimes you will find a wing in the batch where a broken bone is hidden under the meat without your knowledge. This happens more often with the flat wings, and rough handling by the farmer, vigorous saucing, or high heat cooking. Regardless of the culprit, one of those little guys might break in your mouth, so be careful!

There’s no wrong way to eat wings, enjoy whichever way you prefer. If you want to maximize meat consumption, reduce waste, and look good doing it, follow these tactics. Or ignore them completely.